Information and quotes for all your outdoor jobs.

The Cost of Scaffolding & Free Quotes

Larger, more specialised scaffolding units are often required for bigger do-it-yourself (DIY) projects. While contractors generally have scaffolding on hand, these units are usually smaller than what is necessary for completing these types of projects. Attempting to use a regular ladder for these bigger undertakings is even worse. Using one is impractical and could make project completion quite dangerous. This is why, when faced with more advanced projects, it is wise to shop around for specialised scaffolding. 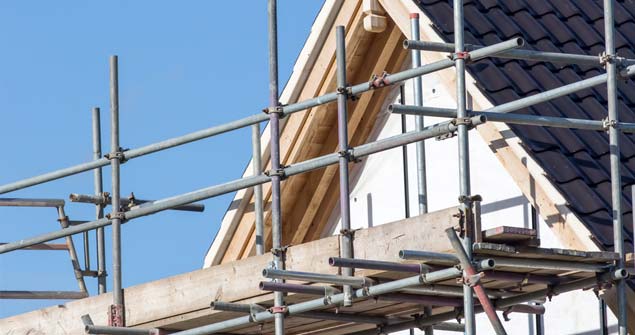 Scaffolding is a system of temporary platforms, made up of wooden or metal planks and steel poles, that are movable. It can be assembled and adjusted to various heights, so that workers can conveniently and safely work wherever necessary. Scaffolding can be used either indoors or outdoors and is useful in major renovation and remodelling work, as well as for routine maintenance in difficult to reach spots. Suppliers offer accessories, like handrails, ladders and other useful items, that make completing difficult jobs in awkward places possible.

What Determines the Cost of Scaffolding?

The cost of renting or purchasing scaffolding is determined by a myriad of considerations that include, among other things:

We earnestly suggest that you always get at least three quotes prior to agreeing to any rental; never simply accept the first price offered. This could potentially save you a lot of money. Continue reading to see what scaffolding rental prices you should expect for certain jobs and situations.

While scaffolding are seemingly simple structures, made with just a few simple materials, they serve a big function. They can mean the difference between getting a job done effectively and efficiently and it being an insurmountable nightmare. There are several factors that determine the pricing of these structures that aid home construction, repair and maintenance. These factors are fairly straightforward and clearly result from the additional costs incurred by suppliers. Perhaps, the only really shocking one concerns the cost differences between rentals in London and those in outlying areas. However, these are mostly due to higher demand and various additional taxes, fees and expenses.

The average homeowner likely views scaffolding rental as an outrageously pricey service, filled with hidden expenses. However, by renting scaffolding, they are actually getting their construction, repair and maintenance work done much more quickly and efficiently. In the long-run, this is saving them a lot of money on other services. Additionally, they are ensuring that workers can safely access areas that need to be worked on. Considering this, we invite you to fill in our contact form today and find out more about having scaffolding installed at your worksite.